In competition, how do you know who has the upper hand? Does it depend on size or skill level, or maybe strategy? Perhaps it’s something else. Recently, I faced off against a 14,000 ft. mountain alone and discovered where the upper hand truly lies.

A few years ago, I decided to climb another fourteener, otherwise known as a mountain of that same minimum elevation. However, I struggled to find anyone who would go with me. So, about a year ago, I finally decided that the next time a Colorado speaking engagement came across my desk, I was going to climb with or without anyone. Climbing/hiking has always been a hobby of mine. I had even completed two similar climbs over ten years ago with groups. Taking on this mountain was different. I was going solo.

There are 96 fourteeners in the United States. Fifty-three of those are in Colorado. I live in flat ol’ Dallas.

Was something like this even possible at this point? After living just above sea level, I began to doubt myself with so much time between climbs. Anxiety set in, thinking about accomplishing this solo, knowing something could potentially go wrong.

One thing I’ve learned recently is that self-reliance yields results. With that, I began daily training with the top of this mountain in sight. I used my phone to log training progress on the stair stepper with a weighted backpack, mini cardio challenges to increase my endurance, and weight lifting reps to build muscle strength. I developed plans, backup plans, and contingency plans.

After three months of diligence, it was time to climb

I boarded a flight to Colorado on a Friday morning for my speaking engagement later that day. It was nice to be doing something familiar like engaging with an audience before something borderline terrifying. I mentioned the next day’s climbing plans to the group, who asked to be kept apprised of my journey to the top. Knowing that my new friends were rooting for me engulfed me with even more determination.

On the long, beautifully scenic drive to the mountains, I learned that the snow conditions on the mountain were slightly worse than anticipated. This was the first wrench in the plan. This wouldn’t be the safest option for a group, let alone, well, being alone. I had never climbed in snow before and needed the least amount of issues as possible.

After arriving into town, I began some research that led to a different peak that wasn’t covered in as much snow. This peak, however, was much farther away.  Thankfully, another hotel was available just an hour from where I stood, so I set off.

I was in bed by midnight. Sleeping was difficult, between weighing the “what if’s” and being too tired to actually fall asleep. I faded slowly…

And then I woke up late! I packed up and scrambled the new trailhead as I thought to myself, “great start, Shannon.” I ended up on Mt. Belford, a Class 2 mountain, which was more difficult than what I was expecting, but I sucked it up and prepared myself mentally for the challenge (in hindsight, I’m still not certain if it was the smartest move).

There I was at 7:30 a.m., late but ready to rock with my gear loaded, boots strapped, and hydropack filled. My spirits screamed “let’s GO,” but then slowly began to realize that cell service was absolutely non-existent and nobody else was around. Most hikers start well before 6 a.m. To make matters worse, Mt. Belford was very much off the beaten path from civilization.

It would have been so easy to just panic but instead, I strategized. Anybody I encountered, ascending or descending, I would keep track of to reference my position on this mountain.

Originally, I had budgeted five hours to ascend and three hours to come back down; gravity and whatnot. But about an hour in, I was already exhausted and seriously wondering if I could do this. It’s well known that to be successful on the mountains, it’s best to reach the summit by noon. Otherwise, you may have to deal with unplanned, sporadic thunderstorms. If you’re on the peak while an afternoon thunderstorm rolls in… good luck.

As I contemplated my exit strategy for bad weather, I remembered that I flew all the way to the middle of Colorado to do this one thing — I can’t quit. That’s when I began to set mini goals, or checkpoints, for myself as I did with my initial training.

“You may not make it to the top, but let’s see how far you can get in the five hours you committed”

Tiny goals, tiny progress, but everything adds up. Slowly, with each stride and each breath, I knew I would conquer this hill.

As noon drew closer, I began to see other climbers, those who arrived on time, making their descent. “Is anyone still up there,” I would ask. Each person knew the importance of this answer and confirmed that some people were still up at the top.

12:30 p.m. rolled in with the clouds as I continued my way up the mountain. At this point, all other options were gone. I had to hustle to make sure I reached the summit and hope that somebody, anybody was still up there. In no way, could I be up there by myself so late in the day.

The weight of this situation crashed down on every nerve. I could feel the cold air get thinner. I could taste my water supply starting to deplete. I could also see the inevitable clouds begin to swirl ahead. I had to pick up the pace.

“Hello?” I yelled a few times to empty terrain. I wasn’t there yet. With part haste and part anxiety, I began to jog. Moments later, around the last switchback, I see shadowy figures up ahead. The last group was making their descent.

“Please! Please! I’ve made it this far. Will you please wait for me to summit?” I shouted.

“It’s right there. We’ll wait, but HURRY!” somebody shouted back.

I continued to run; faster, harder until I finally reached the top.

Finally, I had made it. I stood there, holding back tears. Any sense of urgency to descend was pushed to the side for just a second as I panned across what seemed like the entire rest of the world underneath me in that moment — quiet, still, empty. I pulled out my phone and took one photo before noticing the clouds getting a darker shade of angry. Something was about to happen.

Holding a Mt. Belford sign with the elevation on it.

I jumped off the top rock and sprinted toward the nice folks, praying they hadn’t left yet. They were slowly making their way back to the trail. As we joined together, the thunder rumbled. This was our first warning.

We FLEW. Nothing but hiking boots but faster than skis as we zigzagged through the switchbacks. And then the ominous clouds turned for the worst.

Overhead, the sky pelted us with graupel (soft small water pellets). Underneath us, the rocks were loose and the ground was wet. Our clothing became a darker shade as it saturated with water and my toes burned with every step. After an hour of downhill running, we made it below the tree line without getting struck by lightning.

We stopped for a moment in the trees and caught our breath. The nice folks continued their way without me. I had given every remaining ounce of energy in the sprint and somehow needed to find a way to finish my descent.

I eventually did make it down. As soon as I saw my rental car, I fell to the ground and wept. I couldn’t feel my legs. My feet were bloody and bruised. I wasn’t sure if I still had either of my big toenails still attached.

This was one of the most challenging experiences I have ever faced in my life. The mental capacity needed to push one’s self, without anyone or anything to comfort you, is monumental. Without cell service, or music, podcasts, nothing – just sheer will power.

You can plan down to the exact sip of water. You can train with professionals. But when you’re faced with empty terrain, alone, and the “what if’s” start to creep into the back of your mind, the effects are crippling. There were moments when I truly doubted that I would make it to the top, let alone OFF the mountain.

While this was intended to be a fun activity fueled by my love for hiking, I walked away from this with so much more than a thrill.

During the five hours it took me to ascend, I fought harder for mental endurance than I did physical. Questions swirled in my head every time I stopped to catch my breath. There were times when I considered admitting defeat and turning around. At other times I wondered if I truly could even finish, and what would happen if I couldn’t find help. During the very last hour I lost all feeling in my legs near the point of collapsing. But there was no other choice but to continue. Life was on the line. I had to keep telling myself: “You – Can – Do – This.”

I am 100% convinced that humans are capable of so much more than we realize.

We are all born with varying degrees of physical and mental strength. As children, we begin with education in the classroom and exercising on the playground. We learn to read and write and how to play hopscotch or tetherball. We form passions and opinions and begin to develop a lifestyle with routines and goals. And then we get comfortable and settle, adhering to societal norms and our own checklists.

But what if you pushed even just 10% harder than you thought you could? What if you woke up an hour earlier every day to work toward a goal you really wanted to achieve? What if you really are capable of pursuing that crazy idea you’ve stored away in the back of your mind? What would happen if you really did achieve it?

What would that mean to you?

I spent nine hours climbing a 14,000 ft. mountain by myself. I learned that when my back is against a wall, feet bloody and bruised, knees about to buckle with each step, that I choose to fight back and survive. Because that’s what it takes to cross the finish line, even when you’re weak, broken, and bloody.

Maybe your goal isn’t a fourteener. But if you’ve read this far, then perhaps you have something in mind, something more you want from life.

So what’s keeping you from climbing your mountain?

Looking for your next Keynote Motivational Speaker? Let’s chat!

Shannon is a motivational speaker and business consultant based in Dallas, TX. She has worked in almost all 50 states with audiences ranging from corporate executives to student leaders. 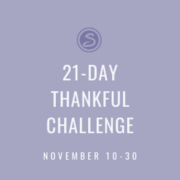 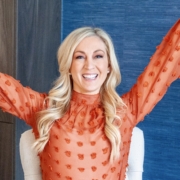 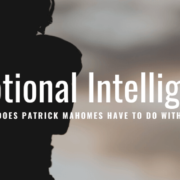 What does Patrick Mahomes have to do with Emotional Intelligence?

Advancing Your Career After a Break 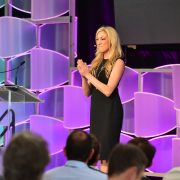 Do you have this one key attribute? 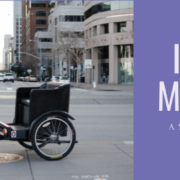 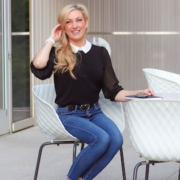 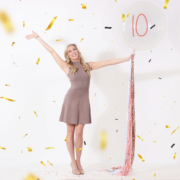 Fake Job Posts: Have You Been Hacked?
Scroll to top